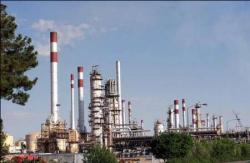 Abbas Shari-Moqaddam said the administration of President Hassan Rouhani pays special attention to economic and security infrastructure in the western provinces which were at the forefront of eight years of war with Iraq.

He said that consumer markets in Iraq constitute an advantage for the establishment of downstream petrochemical projects in western provinces bordering Iraq, Shana reported.

Shari-Moqaddam said downstream industries are more economical because they cost much lower than upstream activities.