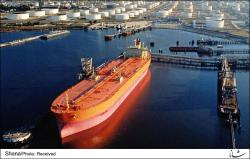 TEHRAN – Iran exported 6.263 million tons of petrochemical products worth $3.623 billion in the spring, which corresponds to the first quarter of the Iranian calendar year.

Petrochemical exports, respectively, accounted for 24.99 percent of the weight and 33.34 percent of the value of country’s non-oil exports, in the three-month period, according to the Shana News Agency.


Meanwhile, Iran exported 6,195 million tons of gas condensate in the spring, which accounted for 24.72 percent of the country’s total non-oil exports in the first quarter.

Iran’s value of gas condensate exports reached $2.629 billion in the three-month period, accounting for 24.4 percent of the country’s non-oil exports in the mentioned time.

Sales of condensate from the South Pars gas field, which Iran shares with Qatar in the Persian Gulf, supplement Iran’s crude oil exports, which are constrained by international sanctions. Condensate exports face no such constraints so long as they go to buyers permitted under the U.S.

Iran has set a target of $77.5 billion in non-oil exports for the current Iranian calendar year, which began on March 21, according to Mojtaba Khosrotaj, the Iranian deputy industry, mining, and trade minister.

The country’s total non-oil exports hit $49.744 billion in the previous Iranian calendar year, showing 18.87 percent rise from $41.848 billion in its preceding year, according to the Iran Customs Administration.