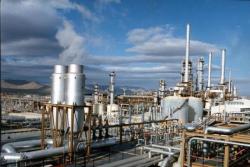 Iran is determined to reclaim its market share in Europe for sales of petrochemical products which it lost under sanctions, an official said on Saturday.

Secretary of Association of Petrochemical Industry Corporation (APIC) Ahmad Mahdavi Abhari said Iran exported 10% of its petrochemical products to Europe before sanctions brought them to a halt, IRNA reported.

“With the removal of the sanctions, we will regain our market in Europe and export our products to the continent even more than the past,” he said.

Besides Europe, Iran exports its petrochemical products to Asia and Africa but sales have wilted under the US and European ban on trade with the Islamic Republic.

Abhari said he expected a substantial rise in petrochemical exports to Europe once banking and insurance ban on Iran trade is removed. Trade is expected to see a major change after the banks begin to open letters of credit for Iranian cargoes.

The petrochemical industry is the biggest source of foreign earnings for Iran after oil. According to Abhari, Iran exported 25 million metric tons of petrochemical products worth $14 billion last year.

According to head of the National Petrochemical Company (NPC) Abbas She’ri-Moqaddam, several European countries have indicated their willingness to invest in Iran's petrochemicals.

International traders have repeatedly visited Tehran and some of them have reportedly placed permanent representatives in the Iranian capital.