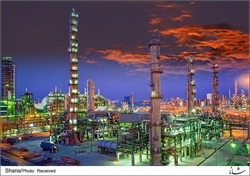 TEHRAN Sept. 26 (Shana) – The Persian Gulf Holding has been in negotiations with an increasing number of foreign companies in the recent months as four to five firms approach the major Iranian company every month offering cooperation in petrochemical projects, said an executive in the company.

“After removal of sanctions and arrival of the modern technology, our company will start production of a diversified range of products,” said Davoud Farahani, director of plans in the company.

On local production of equipment used in the petrochemical industry despite of the sanctions, he added, the industry imports 50 percent of its machinery which used to be at 90 percent in pre-sanction period.

According to the new data by the Independent Chemical Information Services (ICIS), the Persian Gulf Holding has the world’s number 44 position with an improvement of 5 ranks. It also maintains the Middle East’s second title.