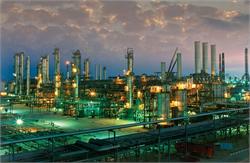 TEHRAN (NIPNA) -- Iran's petrochemical industry is potent to become the regional heavyweight in the near future, said a senior energy exports official.

The Director General of Iran's Federation of Energy Exports and the Related Industries told NIPNA that attraction of European capital and technology to the country's petrochemical sector can ensure its growth to become a regional superpower within the next decade.

Hamid Reza Salehi said Iran's possession of massive oil and gas reserves that can be used as petrochemical feedstock is a major advantage for the industry in Iran, adding that the countries enjoying advanced technologies can take the opportunity to boost their markets and help Iran expand its petrochemical industry.

"Foreign investors would like to own their investments and Iranian laws allow foreign investors to claim 100% ownership of their production units. This is while the percentage is only 49 in Arabic countries," he added.

He also underlined economic security and feedstock price stability which are two determining levers in attracting foreign investors to the country.