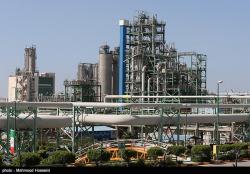 The total production of the country’s petrochemical complexes during the first ten months of the current Iranian calendar year (started March 20, 2015) has reached over 38 million tons, Bosaghzadeh was quoted by Shana as saying on Tuesday.

He added that the figure shows a 4 percent increase in the petrochemical output compared to the same period last year.

The official further highlighted Iran’s “good performance” in terms of petrochemical exports, saying that the country witnessed a 26 percent rise in the exports compared to the figure last year.

Following the implementation of Iran’s nuclear agreement with world powers, which officially started on January 16, the NPC plans to further expand the Iranian petrochemical output capacity from its current 60 million t/y to over 138 million t/y in 2020 and eventually to 180 million t/y by 2025 with an investment of over $80 bln.

Among other plans, NPC seeks to use Iran’s natural gas reserves as raw material to produce propylene and propylene derivatives to provide feed for the expansion of local downstream industries.