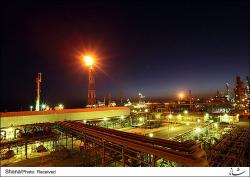 Iran in talks with Linde, Technip for petrochemical expansion project

Iran’s Jam Petrochemical Complex (JPC) is currently in final stages of talks with Germany’s Linde Group and France’s TechnipFMC for an agreement to expand its ethylene production at its site in the southern province of Bushehr.

According to JPC managing director Hossein Mirafzali, the contract will see production of ethylene increased by 20% at the site in Assalouyeh, south of Iran.

Additionally, Mirafzali said his company had signed a deal with China’s energy giant China Petroleum and Chemical Corp. (Sinopec) for the procurement of a catalyst necessary for industrial-scale manufacture of high-density polyethylene (HDPE) for PE100 pipes polymers.

According to Mirafzali JPC already produced 10 kilotonnes of PE100 pipes materials in a pilot plan.