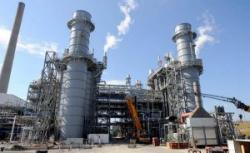 Uzbekistan is considering investing in Iran’s petrochemical ventures around the Persian Gulf.

Head of the Iranian National Petrochemical Company Seyyed Reza Norouz-Zadeh said that Uzbekistan is open to making investment in petrochemical projects, where there is abundant gas supply and access to international waters.

Representatives of NPC and the government of Uzbekistan are now set to assess petrochemical investment opportunities in Iran, Norouz-Zadeh said.

The Central Asian country is particularly interested in methanol-to-olefin projects. Olefin is the building block for wallpapers, carpeting, ropes and vehicle interiors.

Uzbekistan is rich with hydrocarbon resources, and about 60 percent of its territory possesses potential oil and gas reserves. However, the supplies no longer meet the demand for oil products in the country.

While oil-processing capacity of Uzbekistan will remain within the same range of 225,000 and 230,000 bbl/day up until 2024, the volume of the refined oil products is expected to decline from 75,640 bbl/day to 69,050 bbl/day by 2024. Therefore, Uzbekistan will have to increase the volume of crude oil imports in the near future from Russia, Kazakhstan and now Iran if it decides to take the advantage of its oil refining capacity.

Iran’s crude output has almost climbed to the pre-sanctions level of around 4 million barrels per day and is slated to rise to 4.7 million bpd in four years. Under the sanctions, Iran lost more than one-third of its oil production capacity, as output declined to 2.5 million barrels a day.

Iran’s Sixth Five-Year National Development Plan (2016-2021) has envisaged attraction of $40 billion worth of investment to the petrochemical sector.

The latest statistics indicate that Iranian petrochemical plants produced 22.6 million tons of petrochemical products during the first five months of the current fiscal year that started March 20, meanwhile the value of exported products accounted for $4.6 billion (9.2 million tons) in the mentioned period.