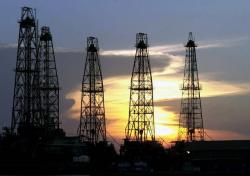 Iran is counting down to overtake its arch-rival Saudi Arabia when it comes to the production and sale of petrochemical products.

Saudi Arabia’s sweeping efforts to disrupt Iran’s development in the oil and gas, refining and petrochemical industries come as new phases of the South Pars Oil and Gas Field have become operational, enabling Iran to produce an amount of natural gas from the shared field equal to the amount extracted by the other side. Now it is Riyadh’s turn to savour the bitter taste of defeat in the petrochemical market.

The National Petrochemical Industries Company is planning to produce around 63 million tonnes of petrochemical and polymer products this year as feedstock for industrial complexes. The products can be offered both on local and foreign markets. If the target is met, that would mean a new record and a rise of around 10 million tonnes over last year.

Iran has also overtaken countries such as the United States and China in methanol production, becoming the largest producer of the product in the world. Iran’s methanol production capacity is predicted to rise by 30 million tonnes a year between 2018 and 2022.