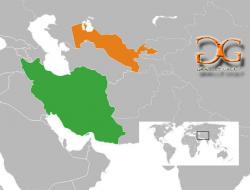 These two MoUs will be inked between the two countries in the fields of customs and standards.

He made the remarks on Sun. in an interview with IRNA and revealed the organizing 1st solo exhibition of the Islamic Republic of Iran in Tashkent, capital of Uzbekistan.

This exhibition will be held in Uzbekistan on Dec. 11-13 concurrent with 13th Iran-Uzbekistan Joint Economic Cooperation Commission.

In tandem with organizing this Commission, a Conference on the familiarity with markets of the two countries and B2B meetings will be held, Hosseinzadeh added.

He went on to say that economic Memoranda of Understanding (MoUs) will be signed between Iran and Uzbekistan in the fields of customs and standards.