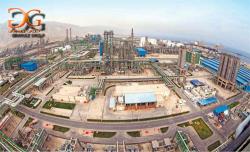 Behzad Mohammadi, the CEO of the National Petrochemical Company (NPC), said on Wednesday that activities needed to be attuned to targeted and smart development.

Mohammadi, who is also deputy oil minister for petrochemical affairs, said finalization of PVM savvy and GTTP project of West Islamabad were among major achievements of the planning and development division of the National Petrochemical Company (NPC) which were initiated by the Petrochemical Research and Technology Company (PRTC).

Mohammadi further said the megaproject would be developed for the production of 20 strategic petrochemical products.

“The project will be considerably larger than Bandar Imam and Shazand petrochemical plants and by being fed by various feedstock, would supply over 20 strategic items,” he added.

Iran produces 350 different types of petrochemicals. The country is striving to diversify its economy that is largely dependent on oil and makes better use of its hydrocarbon reserves by producing goods and petrochemicals with a higher value for international markets.

The petrochemical sector is the second-most important industry after oil and gas.

Improvement and optimization of petrochemical plants are underway to boost productivity and contribute to national growth.

A total of 56 domestic companies annually produce 55 million tons of petrochemicals for the domestic and foreign markets.