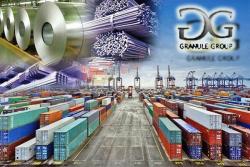 ARAK, Jan. 01 (MNA) – More than 1.4 million tons of non-oil commodities worth $760 million were exported from the central Iranian province of Markazi in the nine months to December 21, a senior official at the Islamic Republic of Iran Customs Administration said.

Esmaeil Hosseini, the head of Markazi Customs Administration, said the figures on the province’s exports show a 24% growth in terms of tonnage and a 2% rise in terms of value compared with the similar period of last year.

According to the official, Markazi province currently offers its products in 80 international markets.

Markazi province, consisting of 12 counties and home to 1.41 million people, is one of Iran’s major industrial and agricultural hubs.