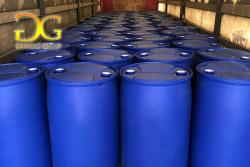 TEHRAN- Iran and Armenia discussed facilitation of trade between the two neighbors in a meeting held via video conference on May 23, Iran Chamber of Commerce, Industries, Mines and Agriculture (ICCIMA) published on its news portal.

Back in mid-January, the head of Iran-Armenia Joint Chamber of Commerce said Iran’s trade agreement with the Eurasian Economic Union has had a significant impact on the country’s trade relations with Armenia.

Speaking to IRNA, Hervik Yarijanian said: “The two sides are applying tariff discounts offered based on the agreement and there has been no problem in this regard.”

According to the official, the volume of trade between the two countries has witnessed an outstanding rise since the agreement became effective in October 2019.

“Turkey used to dominate the Armenian market, but now the Iranian products are much cheaper than the Turkish ones, which has given Iran a competitive advantage,” Yarijanian added.