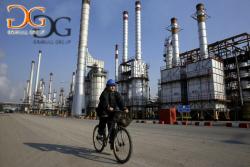 According to a report published by ICIS, which has reviewed the world’s top petrochemical companies, PGPIC is also ranked second based on the Index of Investment Costs following BASF, which indicates the company’s continuous investment for maintaining and developing its competitive advantages in the global markets.

Also in terms of growth in research and development costs and the rise in asset growth, the company is among the top 15 companies in the list in 2019, which indicates increased production and sales in the coming years.

PGPIC is the largest company listed in Tehran Stock Exchange and is the second-largest petrochemical company in West Asia.