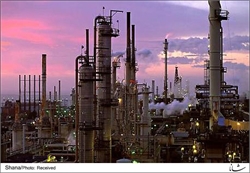 He further noted that the plant has exported its products to countries like India, China, Turkey, Singapore and Malaysia.

The plant intends to boost self-sufficiency and domestic manufacturing in order to prevent exodus of foreign exchange from the country and at the same to move in the direction of completing the chain of value and realization of Economy of Resistance targets.

According to him, privatization in petrochemical sector has weakened the state’s supervisory role through NPC and Petroleum Ministry and has created some problems for the sector that may continue without revision.