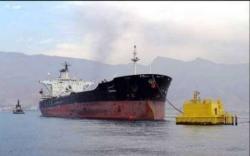 Tehran, Sept 5, IRNA – Iran has exported two million and 263 thousand tons of petrochemical products in the period between March to August this year, says Executive Director of the Iranian Petrochemical Commercial Company.

The exported petrochemical products sent to the destination markets, brought in a value of 494 million dollars, said Mehdi Sharifi Niknafs on Saturday.
He also said that during the five-month period, 16 cargos of liquefied petroleum gas (such as propane) weighing 218 thousand tons have been exported to foreign countries to earn a revenue of 87 million dollars.
In an earlier interview with the Islamic Republic News Agency, Niknafs had predicted that with the removal of banking, insurance and transportation obstacles, Iran could export its petrochemical products more easily and with less cost.