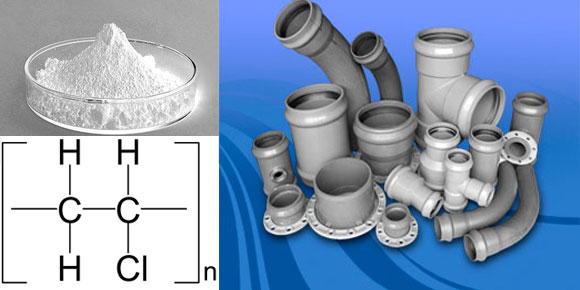 Polyethylene is classified into several different categories based mostly on its density and branching. Its mechanical properties depend significantly on variables such as the extent and type of branching, the crystal structure and the molecular weight. With regard to sold volumes, the most important polyethylene grades are HDPE, LLDPE and LDPE.

·         UHMWPE is polyethylene with a molecular weight numbering in the millions, usually between 3.1 and 5.67 million. The high molecular weight makes it a very tough material, but results in less efficient packing of the chains into the crystal structure as evidenced by densities of less than high density polyethylene (for example, 0.930–0.935 g/cm3). UHMWPE can be made through any catalyst technology, although Ziegler catalysts are most common. Because of its outstanding toughness and its cut, wear and excellent chemical resistance, UHMWPE is used in a diverse range of applications. These include can and bottlehandling machine parts, moving parts on weaving machines, bearings, gears, artificial joints, edge protection on ice rinks and butchers' chopping boards. It competes with aramid in bulletproof vests, under the tradenames Spectra and Dyneema, and is commonly used for the construction of articular portions of implants used for hip and

·         HDPE is defined by a density of greater or equal to 0.941 g/cm3. HDPE has a low degree of branching and thus low intermolecular forces and tensile strength. HDPE can be produced by chromium/silica catalysts, Ziegler-Natta catalysts ormetallocene catalysts. The lack of branching is ensured by an appropriate choice of catalyst (for example, chromium catalysts or Ziegler-Natta catalysts) and reaction conditions. HDPE is used in products and packaging such as milk jugs, detergent bottles, butter tubs, garbage containers and water pipes. One third of all toys are manufactured from HDPE. In 2007 the global HDPE consumption reached a volume of more than 30 million tons.

·         PEX is a medium- to high-density polyethylene containing cross-link bonds introduced into the polymer structure, changing the thermoplastic into a thermoset. The high-temperature properties of the polymer are improved, its flow is reduced and its chemical resistance is enhanced. PEX is used in some potable-water plumbing systems because tubes made of the material can be expanded to fit over a metal nipple and it will slowly return to its original shape, forming a permanent, water-tight, connection.

·         MDPE is defined by a density range of 0.926–0.940 g/cm3. MDPE can be produced by chromium/silica catalysts, Ziegler-Natta catalysts or metallocene catalysts. MDPE has good shock and drop resistance properties. It also is less notch-sensitive than HDPE, stress cracking resistance is better than HDPE. MDPE is typically used in gas pipes and fittings, sacks, shrink film, packaging film, carrier bags and screw closures.

·         LLDPE is defined by a density range of 0.915–0.925 g/cm3. LLDPE is a substantially linear polymer with significant numbers of short branches, commonly made bycopolymerization of ethylene with short-chain alpha-olefins (for example, 1-butene, 1-hexene and 1-octene). LLDPE has higher tensile strength than LDPE, it exhibits higher impact and puncture resistance than LDPE. Lower thickness (gauge) films can be blown, compared with LDPE, with better environmental stress cracking resistance but is not as easy to process. LLDPE is used in packaging, particularly film for bags and sheets. Lower thickness may be used compared to LDPE. Cable covering, toys, lids, buckets, containers and pipe. While other applications are available, LLDPE is used predominantly in film applications due to its toughness, flexibility and relative transparency. Product examples range from agricultural films, saran wrap, and bubble wrap, to multilayer and composite films. In 2009 the world LLDPE market reached a volume of almost US$24 billion (€17 billion).

·         LDPE is defined by a density range of 0.910–0.940 g/cm3. LDPE has a high degree of short and long chain branching, which means that the chains do not pack into the crystal structure as well. It has, therefore, less strong intermolecular forces as the instantaneous-dipole induced-dipole attraction is less. This results in a lowertensile strength and increased ductility. LDPE is created by

. The high degree of branching with long chains gives molten LDPE unique and desirable flow properties. LDPE is used for both rigid containers and plastic film applications such as plastic bags and film wrap. In 2009 the global LDPE market had a volume of circa US$22.2 billion (€15.9 billion).

·         VLDPE is defined by a density range of 0.880–0.915 g/cm3. VLDPE is a substantially linear polymer with high levels of short-chain branches, commonly made by copolymerization of ethylene with short-chain alpha-olefins (for example, 1-butene, 1-hexene and 1-octene). VLDPE is most commonly produced using metallocene catalysts due to the greater co-monomer incorporation exhibited by these catalysts. VLDPEs are used for hose and tubing, ice and frozen food bags, food packaging and stretch wrap as well as impact modifiers when blended with other polymers.

Recently much research activity has focused on the nature and distribution of long chain branches in polyethylene. In HDPE a relatively small number of these branches, perhaps 1 in 100 or 1,000 branches per backbone carbon, can significantly affect the rheological properties of the polymer