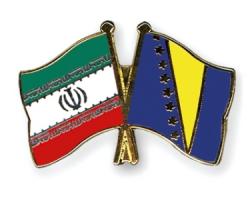 Belgium ready to cooperate with Iran in petrochemical industries

Belgian Secretary of State for Foreign Trade Pieter De Crem made the remarks in a meeting in the presence of the Head of the Iran Chamber of Commerce Mohsen Jalalpur and the Bosnian foreign trade minister at Iran Chamber in which ways for bilateral cooperation with each of those two countries were surveyed.
Jalalpur said in the meeting that the Belgians have a long record of economic and political relations with Iran, which they maintained, along with some other countries throughout the years that Iran was under sanctions.
He said that in addition to the fields in which the two countries have cooperated thus far, given the fact that both countries enjoy textile expertise their textile industries can jointly work in that field.
The head of Iran Chamber of Trade and Industries said that water management and desalination industry is another major field in which the two countries can cooperate very fruitfully.
The Belgian minister, too, said that the present day is the best time for foreign economic delegations' presence in Iran as the agreement reached between Iran and the six world powers in Geneva has opened the way for closer and stronger economic ties.
He said that the trade between the two countries has decreased sharply in recent years to an extent that it stood at 190 million euros in 2014, including Iranian oil, oil and petrochemical products and raw materials.
De Crem said that today with the presence of 20 managers of Belgian companies in Tehran the first step towards expansion of bilateral economic ties is taken.