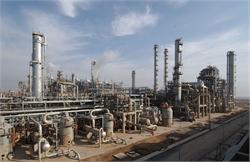 TEHRAN (NIPNA) – Three development petrochemical projects are ready to be launched in Iran adding to the country's output.

The high and low density linear polyethylene projects at Lorestan Petrochemical Plant, Phase II of Kavian Petrochemical Plant and Takht Jamishid Plant in Mahshahr, in Persian Gulf coasts, are the projects whose construction is nearly finished and will be officially inaugurated once their feedstock is supplied.

The plants are forecast to become operational within the next few months before the end of the current Iranian calendar year to March 20, 2016.

Moreover, phase I of Damavand Petrochemical Power Plant and the ethylene glycol unit of Morvarid Plant are almost complete and countdown for their inauguration has started.

Iran has 67 unfinished petrochemical projects which are awaiting to be funded for their completion.

Once the projects become fully operational, the country will bring 120 million tons per year of petrochemical products to its annual output.

The country's current production capacity stands at 60 mt/y which is not fully activated due to feedstock shortages.

Tehran struck a historic deal with world powers in July over its nuclear program which will lift the US-led sanctions on the country's economic sector.

Ever since the deal was clinched in Vienna, business delegations from across the world have rushed to Iran to hunt out investment opportunities in its market.