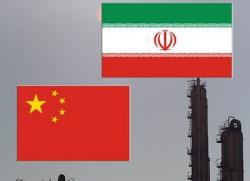 2nd China-funded petchem plant in Iran to be built

As the 1.9-billion-euro finance of the Bushehr Petrochemical Plant was activated the 1st phase of the project is expected to go operational within the next 11 months.

It is the second petrochemical plant in Iran being constructed by Chinese investment after Masjed Soleyman's plant enjoyed the investment in last month.

The first phase of the plant, according to Mostajabolda'veh, with methanol and utility units is underway with a 60 percent progress.

The official also promised that Engineering procedures of phase 2 for production of polyethylene and elfin will be finalized in near future.

Another official in Iranian Oil Ministry, Hamidreza Rostami who is in charge of planning petrochemical plans has been recently quoted by the media that the Chinese have signed agreements to invest in 21 petrochemical plants in Iran.