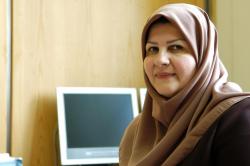 TEHRAN (Shana)–Three petrochemical plants will come online before the end of the current Iranian calendar year to March 2016, director of projects at the National Petrochemical Company (NPC) Marzieh Shahdaei said.

In statements to Shana, she said Mahabad, Kordestan and Lorestan were the three petrochemical complexes that will be launched before the year-end, adding all the projects are located along the route of West Ethylene Pipeline.

She further noted that these projects will raise light and heavy polyethylene production by 900 thousand tons annually.

Shahdaei said: “Ore and ammonia units of Marvdasht petrochemical complex with one million tons of production capacity are expected to become operational this year as well.”

MEG project at Morvarid petrochemical complex with production capacity of 550 thousand tons per year has started pre-startup operations and the project will come online over the next six months, she said.

Elsewhere in her remarks, she said that there are 60 partly-completed petrochemical projects in the country but NPC has decided to prioritize completion of the projects with more than 60 percent physical progress.