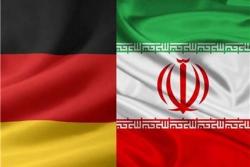 TEHRAN, (MNA) – A fresh round of talks between Iran and Germany’s Siemens was held in Tehran revolving around partnership in petrochemical industries during post-sanction era.

Siemens AG company of Germany, after returning properties of Iran’s oil industry which had been blocked due to international sanctions, has launched new negotiations with Iran over petrochemical cooperation in the post-JCPOA period.

Accordingly, delegation comprising high-ranking directors of the German firm have travelled to Tehran and held meetings managers of Iranian petrochemical industries as well as the Association of Petrochemical Industry Corporations (APIC).

The main axes of talks between the two sides include expansion of bilateral ties as well as boosting activities of the German firm in Iranian petchem industries by equipment and supply of parts to technical and management systems.

In addition to Germany, Iran has so far inked several Memoranda of Understanding (MoUs) for investment in petrochemical industries with Total of France, BASF of Germany, Japan’s Mitsubishi as well as Germany’s Linde.

On the other hand, Managing Director of Pars Oil and Gas Company (POGC) Ali Akbar Shabanpour had earlier referred to the release of turbo compressors of Phases 17 and 18 in South Pars field on the part of Siemens Company adding “the frozen assets in Europe and the United Arab Emirates have been freed."

Meanwhile, Member of the Managing Board of Siemens AG Siegfried Russwurm had also stressed “by the implementation of Iran’s nuclear deal, legal restrictions for the delivery of Iran’s oil properties have been eliminated and the equipment can be transferred to Iran.”