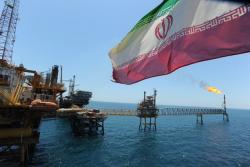 Addressing a group of petrochemical officials, Bosaqzadeh said some of the licenses, used to be imported, can be supplied domestically, using domestic expertise.
According to IRNA, he said optimization of energy consumption is among programs implemented in the petrochemical industry.
The official added that petrochemical industry has the highest value-added compared to that of the oil and gas products, so it should undergo further development.
“Under harsh sanctions conditions, we managed to put some of the petrochemical units into operation and put them in cycle,' he said.