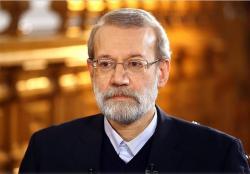 TEHRAN, Apr. 17 (MNA) – Ali Larijani, the Speaker of Iranian Parliament and Nguyễn Xuân Phúc, the Prime Minister of the Socialist Republic of Vietnam vowed in a meeting in Hanoi to boost economic ties between the two countries.

“The level of economic cooperation between the Islamic Republic of Iran and Vietnam should increase along with progress in political ties,” said Ali Larijani, the Speaker of Iranian Parliament, on Tuesday.

The Iranian top parliamentarian made the remarks in Hanoi during a bilateral meeting with Nguyễn Xuân Phúc, the Prime Minister of the Socialist Republic of Vietnam.

“Today, we are celebrating the 45th anniversary of relations between Iran and Vietnam and these relations should be tapped effectively and political exchanges should get improved between the two countries,” asserted the Iranian top lawmaker in this meeting.

“The parliaments of the two countries are enjoying good relations but economic ties have not progressed along with political relations; so in the last year we passed new bills in Iranian parliament designating new axis for development which a part of it is a bout investment in areas of oil, gas, petrochemical industries, and petrochemical products,” recounted Mr. Larijani.

The Iranian official also exchanged views on other issues including the crisis in Syria and the avenues of cooperation in areas of agriculture, electricity, telecommunications, and banking problems.

“Iran is willing to let other countries invest in Makran region (a coastal strip in southeastern part of Iran) and this is a good opportunity for Vietnam to invest in Iran,” highlighted the Iranian top legislator.

The Vietnamese premier, for his part, reminded that he had paid an official visit to Tehran in 2014 and said, “I have travelled to many countries but when I arrived in Iran I recognized that Iran is a rich country with tremendous opportunities for cooperation.”