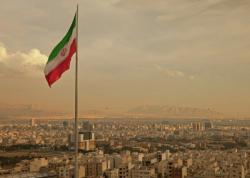 "Based on reports received from relevant bodies, including the Central Bank of Iran (CBI), the customs office, oil ministry, bourse and free zones, nearly $5bln of capital has been attracted in the past year," Khazayee told FNA on Saturday.

He explained that after the US withdrawal from the 2015 nuclear deal and its decision to revive sanctions against Tehran no finance contracts has been called off by the foreign sides.

Khazayee also stressed the necessity for the European countries to find a special mechanism and support their companies' investment in Iran against political and economic risks.

In relevant remarks in February, a senior trade official announced that several foreign firms have shown their interest and willingness to invest in Iran's market.

He said that to date, talks were held with 100 foreign companies, more than 20 of which have expressed their readiness to make investment in Iran’s lucrative market.

Lotfi further noted that significant talks have been held with the most prestigious German, UK, South Korean, Omani and Pakistani companies.