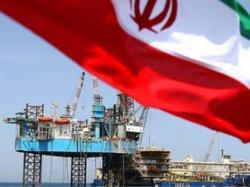 Iran's Deputy Oil Minister Abbas She'ri-Moghadam said that the Central Bank of Iran needs to approve the financiers' certain guarantees, Iran's SHANA News Agency reported on August 20. "The mentioned two billion euros will be allocated to Sabalan, Lordegan, Bushehr, and Masjed Soleiman petrochemical projects," he said. He went on to note that Iran seeks to absorb 10 billion euros of finance from China. "Iran's petrochemical industry has the annual capacity to produce 60 million metric ton of products," She'ri-Moghadam said, adding that the country uses only 68 percent of the mentioned capacity. He referred to feed shortage as the main problem of Iranian petrochemical units.

The ban ease is part of an agreement inked in Geneva last November between Iran and the P5+1 (five permanent members of the UN Security Council - the US, France, Britain, Russia, and China - plus Germany), under which the six countries agreed to provide Iran with some sanctions relief in exchange for Iran agreeing to limit certain aspects of its nuclear activities during a six-month period.

The Geneva deal took effect on Jan. 20 and expired on July 20. However, the two sides agreed to extend their talks for four months until Nov. 24 to reach a permanent deal on Iran's disputed nuclear program. Above 40 million metric tons of petrochemical products were produced in Iran during the last fiscal year in the country, which bring $ 9 billion in income for Iran.  The country's fiscal year starts on March 21.