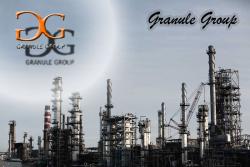 Iran’s oil minister said Iran’s petrochemical production capacity is expected to reach 100 mt/y by 2021 from currently around 54 mt/y, adding that the country will reap a total of $25 billion in petrochemical revenues by the year, almost twice as much as current figures.

Zanganeh said the Rouhani administration has set the grounds for the realization of the second and third petrochemical leaps of the industry in Iran.

He also underlined the fact that there is will be no gas supply cuts in the petrochemical sector in the winter.

Zanganeh also pointed to the Oil Ministry's projects that are exclusively aimed at supplying petrochemical feedstock such as Bidboland, NGL 3200, NGL 3100, Khark NGL, etc., and said, “Completion and launching these projects will supply a significant source of feedstock besides South Pars for petrochemical plants, besides collecting associated petroleum gas (APG).”

According to him, the Persian Gulf Petrochemical Industries Company (PGPIC) and Maroon Petrochemical Company have closed ranks to bankroll a major project to collect all the APG in the southwestern province of Khuzestan, adding the trend will also be continued in other operational districts such as Kharg.