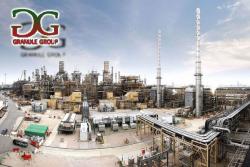 According to NPC as quoted by Shana, Behzad Mohammadi told a meeting with Iranian President Hassan Rouhani that currently 56 petrochemical plants in Iran consumed 33 million tons of feedstock annually which was an equivalent of 650,000 b/d of oil, adding the number of plants would reach 83 plants by 2021 consuming an equivalent of 1.4 mbd of oil by then.

He said the amount of investment in the industry would reach $40b by 2021 from currently $53b and $94b by 2025, adding the number of petrochemical plants would reach 109 by 2025 and they would consume 74 million tons of feedstock annually which would be tantamount to 1.7 mbd of crude oil.

“This would mean that by the year 2025 Iran would very well have passed behind sale of crude oil and gas,” he argued.

Mohammadi, who is also deputy petroleum minister for petrochemical affair, went on to add that by the end of the second petrochemical leap in Iran by 2021, the country’s annual petrochemical output would reach 100 million tons per year; a figure that will cross 133 mt/y by 2025.