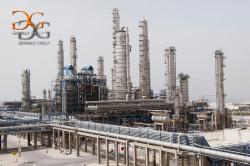 New Petchem Projects to Be Implemented

Iranian Oil Minister Bijan Namdar Zanganeh has announced that 17 new petrochemical plants are planned to be inaugurated across the country during the current year.

The new projects worth about $12 billion are aimed at increasing Iran’s annual petrochemical production by 35 percent in the present year, according to NPC Managing Director Behzad Mohammadi.

With several new projects going operational, the country’s petrochemical production capacity is going to increase significantly this year, as said by the NPC project director.

“In the year of "Surge in Production", the petrochemical industry is trying to benefit from the most of the domestic capabilities and with the new petrochemical projects being inaugurated, the production capacity in this industry will increase significantly,” Ali-Mohammad Bosaqzadeh has said.

He further noted that most of the underway projects in this industry are currently using domestic equipment, licenses, and technological knowledge of the Iranian experts.