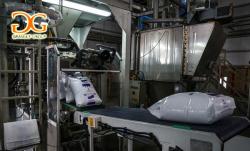 According to Jalal Mirhashemi, National Petrochemical Company (NPC)'s production control manager, the country’s petrochemical complexes are producing with a desired capacity, and many complexes have shown production growth since the beginning of the current year.

The production of the country's petrochemical complexes in the first five months of this year reached more than 25 million tons, he said, which shows a growth of six percent compared to the same period in the year preceding.

Later in April 2020, Oil Minister Bijan Namdar Zanganeh said 17 new petrochemical plants are planned to be inaugurated across the country during the current Iranian calendar year.