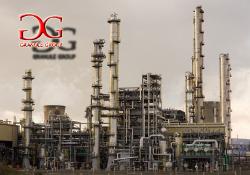 An official in the National Petrochemical Company (NPC) stated that Petrochemical production has risen six percent in Iran throughout the first five months of the present Iranian agenda year (March 20-August 21), contrasted to the same phase of time in the past year.

Shana accounted Jalal Mir-Hashemi the NPC's director for the manufacture control, put the five-month petchem production at 25 million tons, and emphasized that the petrochemical plants functioned with a superior capability throughout this phase.

Mir-Hashemi reminded that many of the petrochemical multifaceted knowledge enlargements in manufacture throughout the first five months of the year, and it is projected that this year's motto of "Surge in Production" will be appeared in the petrochemical sector.