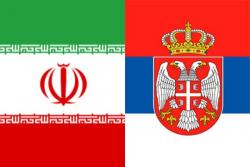 TEHRAN, Feb. 11 (MNA) – Belgrade Ambassador to Tehran Dragan Todorovic said that Serbia is eyeing to expand and broaden its relations with the Islamic Republic of Iran in all fields.

Deputy Oil Minister and CEO of National Petrochemical Company (NPC) Behzad Mohammadi in a meeting with the Serbian Ambassador to the Islamic Republic of Iran on Thu. pointed to the plan to diversify the export markets of petrochemical products and added that bilateral meetings with Serbia would be reviewed in near future.

National Petrochemical Company has put the diversification of the market for the sale of petrochemical products, especially polymer products, to European countries atop agenda and is trying to increase export target markets, he said, adding, “Serbia is one of the intended export destinations for Iranian polymer products. This issue will be reviewed and finalized by holding bilateral meetings in the near future.”

National Petrochemical Company will increase the production of polymer products from the current 9 million tons to 21 million tons in 2026, he added.

The deputy oil minister said that the Islamic Republic of Iran can have a more active role in European markets by realizing objectives of the plan for increasing production of polymerized products both in volume and diversification of products.

The Serbian envoy to Iran, for his part, said that his country is keen to expand and broaden its cooperation with Iran which is considered a powerful country in the world in the field of petrochemical.