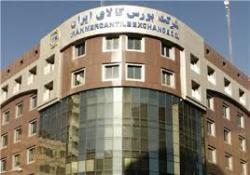 A high-ranking Italian economic delegation visited the IME, as the two sides stressed boosting trading and economic cooperation through IME and use of the exchange’s export hall for sending Iranian goods to Italy.

The delegation was led by Head of 7th Department of Italian Ministry of Economic Development Giorgio Giovanoli who discussed bilateral ties with Head of the IME Hossein Panahian.

“Petrochemicals have a considerable share in the IME transactions. Metal and mineral products are in the second place. Part of the products are exported to other countries through the exchange,” Panahian said in the meeting.

He also said Italy wants to expand its trade cooperation with Iran, adding that the IME can be one of the gates for cooperation between the two countries.